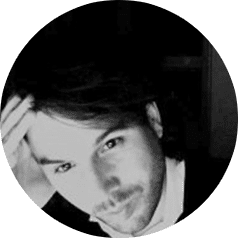 Gonzalo Delacámara. Spanish economist who works worldwide (in 80+ countries: the EU, Latin America and the Caribbean, the Middle East and North Africa, Asia), specialized in the economic management of natural resources: water, climate, energy, air pollution, oceans, biological diversity and ecosystem services, etc., with emphasis on their complex links with economic and social development. He is a Senior Research Fellow and Head of the Department of Water Economics at IMDEA Water Institute (Institute for Advanced Studies in Madrid). He is also the Academic Director of the Water Economics Forum, a public debate initiative with Nobel Prize Laureates in Economics and Peace, such as professors George A. Akerlof, Jean Tirole and Mohan Munasinghe. Gonzalo works for multilateral organizations such as the European Commission, to which he is ‘water policy advisor’ (through its DG Environment, Clean Water Unit), the European Parliament (which he also advises on climate change policy ), various agencies and programs of the United Nations system (UN Water, ECLAC, UNESCO, FAO, WHO-PAHO, UNDP, etc.), the World Bank Group (including its 2030 Water Resources Group initiative, but also the World Bank itself or the International Finance Corporation, IFC) or the Inter-American Development Bank (IDB). He is also a senior advisor and member of the OECD Water Governance Initiative. Recently, he was also appointed as Ambassador of Water Europe (formerly Water Supply and Sanitation Technology Platform), member of the Scientific Advisory Board of the Dutch KWR Institute on the integral water cycle, member of the Special Advisory Board of the International Desalination Association (IDA) and member of the Mission Assembly of the framework program of RTD and innovation of the European Union (Horizon Europe). He is also a mentor in international programs to support female researchers. He is also an author of numerous books and scientific peer reviewed articles, as well as keynote speaker at global events.