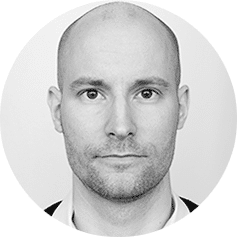 Bruno Moser is a Partner and head of the practice’s Urban Design Group, which focuses on all aspects of urban planning. He graduated from the Eidgenössische Technische Hochschule (ETH) in Zurich in 2000 and gained a Masters in City Design and Social Science from the London School of Economics and Political Science (LSE) in 2003. After completing his MSc he continued research at the LSE. Projects include the international conference series ‘Urban Age’ and ‘The Endless City’; research for the 10th Venice Architecture Biennale, ‘City and Society’; and the subsequent exhibition at the Tate Modern. He joined Foster + Partners in 2007.

His team consists of specialists from a range of backgrounds – including design, real estate, social anthropology and computation. By gaining a detailed understanding of context, the group helps to develop projects that are tailored to specific socio-economic, climatic and spatial circumstances. As project goals are defined, the Urban Design Group works with project teams to focus on issues such as spatial structure and hierarchy, the distribution of land uses and density of urban form, building typologies and passive urban design.

His project experience includes initiatives for new cities, such as Blue City in Oman and Masdar City in Abu Dhabi; urban developments in Beijing and Riyadh; a regional development plan in the Middle East; and a study of infrastructure development in the UK. He has worked on regeneration-driven schemes in Singapore, West Kowloon and Shanghai, and schemes with a residential focus in Lisbon, Toronto, Latin America and the Middle East. He is also involved in architectural projects with a focus on people interaction and movement, such as the New York Public Library.