A FabCity Campus has been set up as part of Europe by People, the Amsterdam EU2016 Arts & Design programme and it is inspired by the Fab City project that started in Barcelona two years ago.

Fab City is a global project to develop locally productive and globally connected self-sufficient cities. By the year 2054 cities should be self-sufficient. Fab City started as the Barcelona pledge: a countdown during the Fab10 event held on July 7th 2014 in Barcelona. Launched by the Institut d’Arquitectura Avançada de Catalunya, the MIT Center for Bits and Atoms, the Fab Foundation and the Barcelona City Council. This initiative is open for other cities, towns or communities to join in order to collectively build in a collective manner a more human and inhabitable new world.

Following this project, in early April 2016 a temporary, a freely accessible FabCity Campus will be built at the head of Amsterdam’s Java Island in the city’s Eastern Harbour District. Conceived as a green, self-sustaining city, the FabCity Campus will comprise some 50 innovative pavilions, installations and prototypes. More than 400 young students, professionals, artists and creatives will develop the site into a sustainable urban area, where they will work, create, explore and present their solutions to current urban issues. The participants are from various educational backgrounds, including art academies, (technology) universities and vocational colleges.

The FabCity project comprises an international think tank of civic leaders, makers, urbanists and innovators working on changing the paradigm of the current industrial economy where the city operates on a linear model of importing products and producing waste. 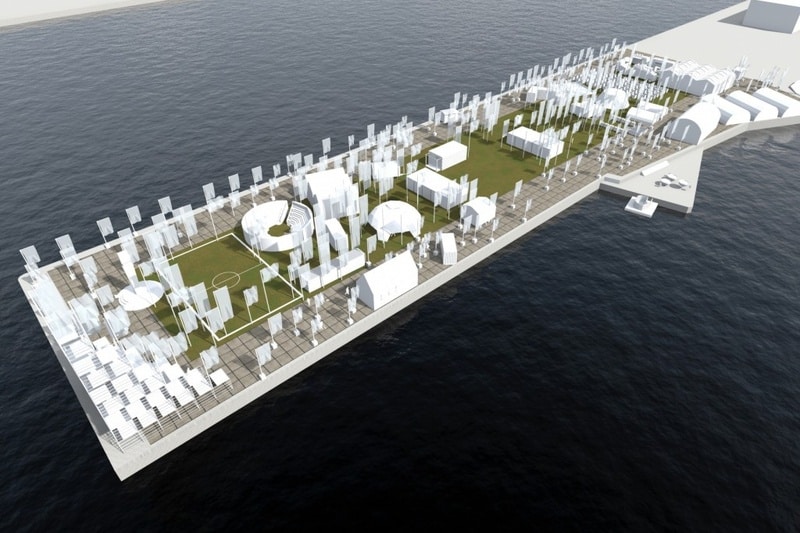 FabCity is a new urban model of transforming and shaping cities that shifts how they source and use materials from ‘Products In Trash Out’ (PITO) to ‘Data In Data Out’ (DIDO). This means that more production occurs inside the city, along with recycling materials and meeting local needs through local inventiveness. A city’s imports and exports would mostly be found in the form of data (information, knowledge, design, code).

From April until June

FabCity Campus will take place from 11 April up and until 26 June. It will be inhabited by students, scientists and (social) entrepreneurs, and will also function as a big maker space; a place to collectively experiment, prototype and test new ways of creating an improved future urban environment. FabCity continues from April until the end of June and will consist of several pavilions showing different innovative ideas for the connected, self-sufficient and circular city, among which the cardboard Wikkelhouse by Fiction Factory and the BAM 3D concrete printer.

By Maria Ustarroz from FabLab Barcelona.