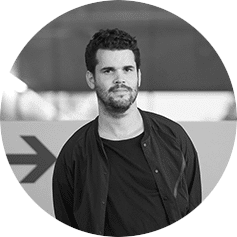 Tomas Diez Ladera is a Venezuelan Urbanist, Designer and Technologist specialising in digital fabrication and its implications for the future of cities and society. He is a founding partner and executive director of the Fab City Foundation and a member of the board of trustees of IAAC Foundation, where he is a senior researcher and tutor. He is a close collaborator of the Fab Foundation, supporting the development of the Fab Lab Network worldwide and taking a leading role in starting programs such as the Fab Academy and Fab City. He co-founded and co-designed the Smart Citizen project and the Fab Lab Network global platform fablabs.io. Tomas has co-designed and kickstarted higher degree programs such as the Master in Design for Emergent Futures (IAAC-Elisava) and the Master in Design for Distributed Innovation (Fab City-IAAC) whose he also co-directs. He is a founding partner and Executive Director of the Meaningful Design Group Bali. This novel initiative aims to intersect advanced technologies and design with alternative world views and cultures in Indonesia and South East Asia. He has been awarded as a young innovator of the year by the Catalan ICT Association and nominated by Nesta as one of the top 10 Social Innovators in Europe.