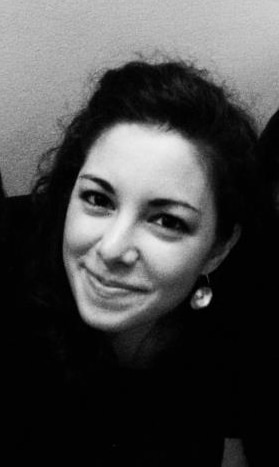 Sotiria Sarri is a qualified Greek architect. She completed her architecture studies at Plymouth University (BA and Master of Architecture) and later continued her academic training at University College London (UCL), where she earned her MSc in Spatial Design: Architecture and Cities in 2016; a course based on developing an in-depth theoretical and practical knowledge of the built environment, through a set of theories and techniques known as space syntax.

Currently, she is collaborating with the EU Projects team at IAAC, as well as with an architectural practice in Barcelona. Since 2013 she has been also engaged with MKStudio, a family architectural firm in Volos, Greece. Her design experience includes working with internationally recognised architectural practices in Athens, London and Barcelona, taking part in a range of projects, varying from small-scale residential to large-scale mixed-use developments and competitions. She has also participated in the publication of UCL’s “E-merging Design Research: Pop Up City”, an investigation of informal settlements in Rio, and taken part in the 11th International Space Syntax Symposium in Lisbon as a full paper presenter of her MSc thesis research in 2017.

Her particular interest lays in the relationship between spatial and social networks, within which she has developed a special concern about creativity, industrial and cultural heritage in both its tangible and intangible values. She relies on integrating her academic and professional knowledge for constructing data-driven arguments and delivering evidence-based design.