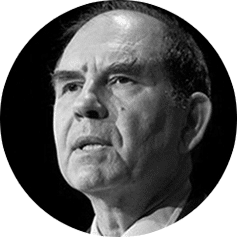 Nikos A. Salingaros
Professor at the University of Texas, San Antonio

Physicist and mathematician, urbanist and architectural theorist. A. Salingaros is professor of Mathematics and also teaches in the Architecture School at the University of Texas at San Antonio. He is also on the architecture faculty of Università di Roma III, Italy. He has been visiting professor of Architecture at the Technical University of Delft and in Querétaro, Mexico. He is one of the pioneers who are defining an innovative way of conceiving the design process. The author of six monographs on architecture and urban design translated into six languages, he is on the forefront of deriving human-scale design rules for a sustainable built environment.

His books include: Principles of Urban Structure, 2005; A Theory of Architecture, 2006; Algorithmic Sustainable Design, 2010; P2P Urbanism, 2011; and Anti-architecture and Deconstruction, 2004. He is the author of over 120 scientific papers. Following the lead of his friend the visionary architect and software pioneer Christopher Alexander, he uses scientific methods and tools to replace outdated working assumptions that created dysfunctional urban regions following World-War II. The interaction of design with a new scientific understanding of generative and biological processes has led to insights into how to implement architectural evolution. Some of his architecture articles have become classics among computer scientists.

On the urban scale, his research points to a radically novel way of building and repairing the city. He has linked human-scale urbanism to developing architectural movements such as the Network City, Peer-to-peer Urbanism, Biophilic Design, Biourbanism, Self-organizing Housing, Generative Codes, and Sustainable Architecture, some of which he initiated. In recognition of his efforts to understand architecture using scientific thinking, he was awarded the first grant ever given for research on architecture by the Alfred P. Sloan Foundation in 1997. He was elected member of the INTBAU College of Traditional Practitioners and appointed to the INTBAU Committee of Honor. Dr. Salingaros is one of the “50 Visionaries who are Changing Your World” selected by the UTNE Reader in 2008. In Planetizen’s 2009 survey, he was ranked 11th among “The Top Urban Thinkers of All Time”.

Dr. Salingaros has been consultant on urbanism to the cities of Rome and Pristina, and is on the Boards and Scientific Committees of many international organisations and journals. He is president of the Gruppo Salingaros in Italy, which is spearheading a move to influence politicians of all orientations to implement human-scale urbanism. Dr. Salingaros spoke at the Italian Parliament in 2009, and met again with senior Italian legislators inside Parliament in 2011. He has been interviewed numerous times in the press and the media, including on National Public Radio in 2002.

He lectures throughout the world, and has done keynote presentations at numerous conferences: 5th Biennial of the European Congress of Town Planners, Barcelona, 2003; Brazilian and Ibero-American Conference on Social Housing, Florianopolis, Brazil, 2006; Conference on Structure-Process-Patterns, Vienna, 2007; Forum for Urban Design, New York City, 2008, Pristina Metropolis Conference, Pristina, Kosovo, 2008; 7o Laboratorio Internazionale d’Architettura, Reggio Calabria, 2008; Complexity Theory of Cities Comes of Age, Delft, Holland, 2009; 18th Europa Symposium, Bologna, 2009; The Athens Dialogues, Inaugural Conference of the Onassis Foundation, Athens, 2010; Framing the City Conference, Manchester, 2011; and is giving the 2012 Slater Maguire Lecture in Winnipeg, Canada. He is also an artist and practitioner, and his 2007 project for the new city center of Doha, Qatar, in collaboration with Hadi Simaan and José Cornelio da Silva, is included in the book and exhibition “The New Palladians”, which is travelling internationally. Dr. Salingaros has a BSc in Physics from the University of Miami, Florida, and MA and PhD degrees in Physics from the State University of New York at Stony Brook. Before turning his attention to architecture, he published in the topics of mathematical physics, quantum field theory, and magnetic field configurations for thermonuclear fusion.