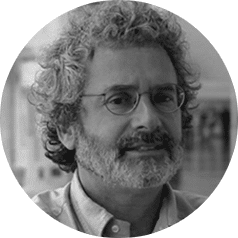 Prof. Neil Gershenfeld is the Director of MIT’s Center for Bits and Atoms. His unique laboratory is breaking down boundaries between the digital and physical worlds, from creating molecular quantum computers to virtuosic musical instruments. Technology from his lab has been seen and used in settings including New York’s Museum of Modern Art and rural Indian villages, the White House and the World Economic Forum, inner-city community centres and automobile safety systems, Las Vegas shows and Sami herds. He is the author of numerous technical publications, patents, and books including Fab, When Things Start To Think, The Nature of Mathematical Modeling, and The Physics of Information Technology, and has been featured in media such as The New York Times, The Economist, and the McNeil/Lehrer News Hour.

He is a Fellow of the American Physical Society, has been named one of Scientific American’s 50 leaders in science and technology, has been selected as a CNN/Time/Fortune Principal Voice, and by Prospect/FP as one of the top 100 public intellectuals. Dr Gershenfeld has a BA in Physics with High Honours and an honorary Doctor of Science from Swarthmore College, a PhD in Applied Physics from Cornell University, was a Junior Fellow of the Harvard University Society of Fellows, and a member of the research staff at Bell Labs.

Research advances by Dr Gershenfeld and his students and colleagues working at the boundary between physical science and computer science include: one of the first complete quantum computations, using nuclear spins in molecules; microfluidic bubble logic, with bits that transport materials as well as information; physical one-way cryptographic functions, implemented by mesoscopic light scattering; noise-locked loops that entrain on codes, which led to analog logic integrated circuits that use continuous device dynamics to solve digital problems; asynchronous logic automata to align hardware with software; Internet 0 for interdevice internetworking; microslot probes for ultra-small-sample structural studies; integrated 6-axis inertial measurement based on the dynamics of trapped particles; charge source tomography for electric field imaging and intrabody signaling; and additive assembly of functional digital materials.

He is the originator of the growing global network of field fab labs that provide widespread access to prototype tools for personal fabrication and directs the Fab Academy, the associated programme for distributed research and education in the principles and practices of digital fabrication. He has done keynote presentations for events including TED, EDUCAUSE, the ACM/IEEE Conference on Supercomputing, IEDM, NSF, the Library of Congress, the White House, Etech, APMM, Nano-Nets, NIP, and PICNIC. He’s played the bassoon, ski patrolled and raced, and swam competitively.