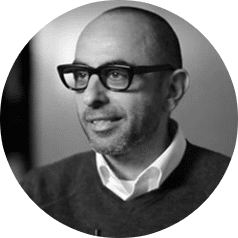 Nader Tehrani is a Principal and Founder of NADAAA, a practice dedicated to design innovation, the cultivation of new methods of fabrication, interdisciplinary collaboration, and a productive dialogue with the construction industry. Tehrani is also a Professor and Head of the Department of Architecture at MIT. As a founding principal of Office dA, Tehrani received awards such as the Cooper Hewitt National Design Award in Architecture, the American Academy of Arts and Letters Award in Architecture, the United States Artists Architecture and Design Award, and thirteen Progressive Architecture Awards.

He was Principal-in-Charge of various projects such as the Tongxian Art Gatehouse in Beijing, the Fleet Library at the RISD, Banq restaurant in Boston, Helios House in Los Angeles, the LEED-Gold certified Macallen Building, and recently the Hinman Research Building at Georgia Tech. Tehrani received a B.F.A. and a B. Arch from the Rhode Island School of Design in 1985 and 1986 respectively, and continued his studies at Harvard Graduate School of Design where he received his M.A.U.D in 1991. Tehrani has also taught at Northeastern University, Rhode Island School of Design, and Harvard Graduate School of Design, and has held fellowships at Georgia Institute of Technology, University of Toronto, Otis College of Art and Design, and University of Melbourne.