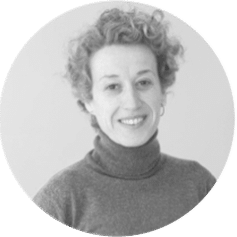 Maria-Lluïsa Marsal Llacuna is an Architect with two Masters and two Doctorates in the fields of urban planning and applied ICT (2008, 2013). She worked for governments in the UK and now in Catalunya, at the Catalan Energy Institute. Prior this, she spent fifteen years in the academia developing different research and leadership roles in two public universities. Her academic career includes the creation and direction of world’s first official scientific master’s program in smart cities, several competitive and commercial research projects in the domains of smart and sustainable cities, postdoc scholarships in Germany (2006) and the USA (2011), a US patent on urban planning standards technology and the publication as main author of fifteen papers in top peer-reviewed academic journals of her areas of expertise. She served as UN Habitat III expert and she currently holds a second mandate as a chair at UN’s U4SSC initiative, this time to explore Blockchain applications for cities. Her expertise on blockchain has awarded her with the Presidency of the Blockchain Catalunya Association.