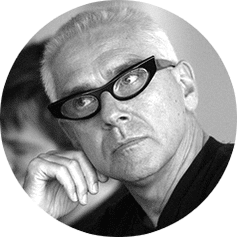 For more than two decades media-artist, director, choreographer and composer Klaus Obermaier has created innovative work in the area of performing arts, music, theatre and new media, highly acclaimed by critics and audience.

His inter-media performances and artworks are shown at festivals and theatres throughout Europe, Asia, North and South America and Australia.

Since 2006 he is a visiting professor at the University IUAV of Venice/Italy since 2013 also at Babes-Bolyai University in Cluj-Napoca/Romania teaching interactive arts and performances. In 2005 and 2008 he taught as an adjunct professor for composition at the Webster University Vienna.

In 2010 and 2011 he held courses for choreography and new media at the Accademia Nazionale di Danza di Roma. From 2006 to 2014 he was a jury member of the international choreography competition ‘no ballet’ in Ludwigshafen/Rhein, Germany.

He gives lectures at international universities and institutions.