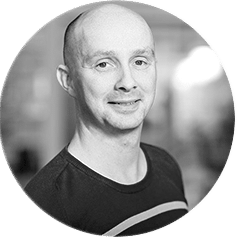 Kasper Stoy is a robotics and embodied artificial intelligence researcher holding a professor position in the Computer Science Departmentof the IT University of Copenhagen. He is interested in the construction and design of complete robot systems, but being a computer scientist he has made most of his personal contributions in distributed control of multi-robot systems and modular robotics. He has published more than sixty papers in international conference proceedings or journals and is the author of the book titled “Self-Reconfigurable Robot: An Introduction” published by MIT Press.

He also co-founded Universal Robots, a company focuses on user-friendly robot arms for industry and Flow Robotics A/S. He is an active player in the international robot research community and reviews for all major journals and conferences in robotics. He has stayed for extended periods at University of Southern California, Harvard University, University of Tarapacá (Chile), and Seam Reap (Cambodia). He holds a M.Sc. degree in computer science and physics from the University of Aarhus, Denmark (1999) and a Ph.D. degree in computer system engineering from the University of Southern Denmark (2003) where he also worked as assistant professor (2003-2006) and associate professor (2006-2013).