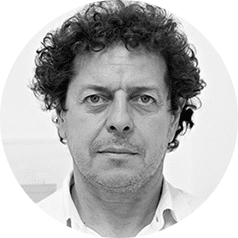 PhD Architect, Chair Professor of Architectural Design at Madrid School of Architecture and Full Professor at the GSAPP of Columbia University in New York. He has previously taught at Princeton University between 2004 and 2007, at the Architectural Association between 1998 and 2000 as a ‘Diploma Unit Master’, at the EPF in Lausanne from 1999 to 2000 as ‘Professeur Invité’ and at the IIT in Chicago as ‘Morgenstern Visiting Chair in Architecture’ in 2006. He has been appointed juror in numerous national and international competitions, biennials and international awards, editorial advisor of specialised media and member of several expert committees on academic, sustainability and technology programs such as the Material Science Congress at the University of Columbia.