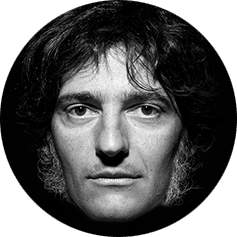 Josep Perelló has a PhD in Physics (2000). Associate Professor at the Department of Fundamental Physics at the UB. Member of the steering committee of Complexitat.cat. Currently, secretary to the dean of the Faculty of Physics.

He has studied the financial markets from the complex systems perspective. Both theoretically and empirically, he works in the statistical analysis of market data and its modelling through stochastic differential equations or random walks. Recently, he has also focused on analysing the human behaviour of non-expert investors, modelling cooperation in humans and human mobility.

In 2013 he conceived OpenSystems-UB, a research group that run scientific research based on citizen participation and artistic practices. He works with Barcelona Lab, a project promoted by the Institute of Culture of Barcelona City Council, cementing citizen science in the city and creating the Citizen Science Office.

He has participated in citizen science experiments on human mobility (Bee-Path, Festival de Ciència, Tecnologia i Innovació 2012 and 2013), human behaviour and decision making (Board Games Festival DAU Barcelona 2012 and 2013) and the development of a community of urban beekeeping (Urban Bees 2012 and 2013).

He has been responsible for Science Area at Arts Santa Mònica in Barcelona on behalf of the UB (2009-2012). The results include seven exhibition projects in the Laboratory space. In 2012, the Laboratory of Arts Santa Monica was awarded the Antoni Caparros being the best knowledge transfer project of UB. In addition, he has also curated the art-science and citizen science sections of the Festival de Ciència, Tecnologia i Innovació 2014.

He has coordinated Sistemes Oberts, a teacher training program in Arts and Science in collaboration with MACBA (2012-2014).