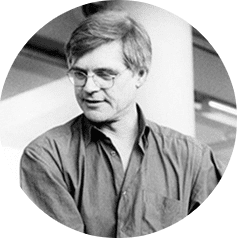 Hugh Whitehead graduated from Liverpool University in 1973 where he was awarded a First Class Honors Degree for research on Optimisation, applied in an architectural context. The thesis explored the potential for using mathematical techniques as an aid to design and also researched the issue of educating designers to use these techniques. He spent eight years as an architect working on large planning projects in the Middle East and Africa, before joining YRM in London in 1983. Collaborations with Tony Hunt led to many of the pioneering experiments in associative modelling. During the next twelve years he became an Associate as CAD Applications Manager and then a Director of a spin-off company providing IT Consultancy.

He also specialised in computer modelling for design and visualisation, which led to the formation of a successful free-lance consultancy. He went on to work on six winning entries for Millennium Competitions and had four animations broadcast on national television, including the award-winning Stadium Australia for the Sydney Olympics. In 1998 he was invited to join Foster + Partners to set up a new Specialist Modelling Group, whose brief is to carry out Research and Development in a project-driven environment. This challenge has given his original thesis a new significance. His input at Foster + Partners has become an invaluable resource for a number of pioneering buildings, including a new music centre at Gateshead; the landmark SwissRe at 30 St Mary Axe, London; the GLA building for the London Mayor; a residential complex, Albion Wharf Riverside, London; and Chesa Futura, an apartment building in St Moritz for Lord Foster.

His recent work includes the recently completed enclosure for the Smithsonian Institution in Washington and Beijing Airport – the world’s largest and most advanced airport building, completed in 2008 for the Olympics. His approach is exceptional in that he has steered the Specialist Modelling Group towards continual and iterative participation throughout the design process, from inception through to completion. In this way, the results of analysis and computation impact upon the design in a more integrated manner, leading to the outstanding levels of innovation evident in all these projects.