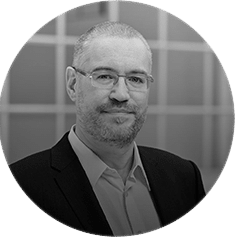 Fabian Scheurer is founding partner of designtoproduction. From 2002 until 2006 he studied the use of artificial-life methods in architectural construction as a member of Ludger Hovestadt’s CAAD group at the ETH Zurich and managed to transfer the results to a number of collaborative projects between architects, engineers, and fabrication experts. In 2005 he co-founded designtoproduction as a research group at ETH to explore the connections between digital design and fabrication.

At the end of 2006 designtoproduction teamed up with architect Arnold Walz and became a commercial consulting practice, since then having implemented digital planning and production chains for projects like the Hungerburg-Funicular in Innsbruck (Zaha Hadid), the Rolex Learning Center in Lausanne (SANAA), or the Centre Pompidou in Metz (Shigeru Ban).