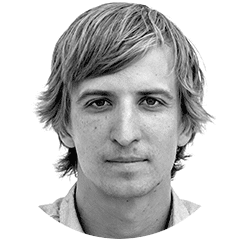 Daniel Ibáñez is a Spanish practicing architect and urbanist based in Cambridge, Massachusetts, USA. He is Doctor of Design at the Harvard GSD and co-director of the Master in Advanced Ecological Buildings and Biocities (MAEBB) and the Master of Mass Timber Design (MMTD) at the Institute for Advanced Architecture of Catalunya (IAAC) in Valldaura Self-Sufficient Labs, Barcelona. Since 2017, Daniel is senior urban consultant at the World Bank advising international governments and institution on timber housing and timber urban development.

Daniel´s focus is on the architectural and urban implications of timber construction. He is co-author of the book Wood Urbanism: From Molecular to Territorial (Actar, 2019) and co-organizer of the conference a Harvard GSD in 2014 with the same name. Daniel is co-author and director of several award-winning timber projects including the Fab Lab House (Madrid, 2010), Endesa Pavilion (Oslo, 2013), the Endesa World Fab Condenser (Barcelona, 2014), Ways of Wood (Boston 2017), Tiny House or the Voxel (Barcelona, 2019-2020), some of them exhibited at the Biennale di Venezia 2012, the Oslo Architectural Triennale 2013, or the Design Biennial Boston 2017 among others.

Daniel is founder and co-director of the design firm Margen-Lab: a transcalar targeted office invested in the developing more ecologically powerful and materially exuberant design.

He holds a MArch from ETSAM in Madrid, a Master in Advanced Architecture from the Institute for Advanced Architecture of Catalonia, and an MDes in Urbanism, Landscape and Ecology with honours from the Harvard University Graduate School of Design where he was awarded the Dimitris Pikionis award for best academic performance.

He is currently an editor of New Geographies, and researcher at the Harvard Office for Urbanization.

Additionally, Daniel has been teaching at Rhode Island School of Design, and Northeastern University School of Architect. Daniel is editor several book publications, including New Geographies 6: Grounding Metabolism (HUP, 2014), editor of Third Coast Atlas (Actar, 2017) and the Wood Urbanism: From Molecular to Territorial (forthcoming, Actar, 2018). Also, since 2015, Daniel is an editor at urbanNext (urbanNext.net).

His work as a scholar and practising architect has been recognised by the La Caixa Foundation, the Real Colegio Complutense at Harvard, the Venice Biennale of Architecture 2012, Oslo Triennale 2013 or the Boston Design Biennial 2017, among others.