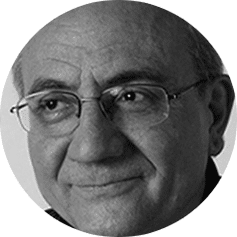 Artur Serra Hurtado (1954), Alicante (Spain). Deputy Director of the Foundation i2cat Foundation, research and innovation centre about the Internet. PhD in Cultural Anthropology from the University of Barcelona, specialised in technological cultures. From 1990 to 1993, conducted an ethnographic project on the Carnegie Mellon University on the culture of design, based on computer technology. There he made contact with the Internet Society and on his return to Spain created CANET , the first research centre on the Internet at the Universitat Politècnica de Catalunya, founding later the i2cat project and the foundation itself. Within the Foundation, has developed several European projects focused on the convergence between the Internet and the audiovisual and culture.

In 2006, launched the Cultural Ring, the first experimental network bandwidth for the cultural sector, connecting cultural centers in Catalonia and around the world, including Latin America through the Anilla Cultural Latinoamericana. Interested in the connection between the technology and the citizenry, since 1995 he developed some projects design and launched the first citizen networks in Spain and Europe (BCNet, Ravalnet, …) culminating them in the organisation of the First World Congress Citizens Network (Barcelona 2000). Currently, his line of research focuses on the design and implementation of living labs, new innovation structures open to the entire citizenry. In 2007 he launched the Citilab, the first European citizen lab. Nowadays, he is a member of the leadership of the European Network of Living Labs This research was financed by various European institutions (COMIC, EPITHELIUM, VEP, Collabs, INDICATE, LINKED HERITAGE, iCity), and national organisations (Linguamón, Catlab, Citilab CULTURAL BELT, LATIN AMERICAN CULTURAL RING-EUROPE) documented by an extensive work of publications and conferences both Europe and internationally.