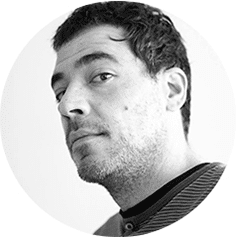 Angel Muñoz is a Programmer from La Rioja in Spain. Passionate about art, science, music and retro-futurism, he started programming (self-taught) at the early age of 9.

In 2006, looking to extend the digital world to the physical world, he began developing an interest in open hardware and studied Electronic Product Design obtaining a Higher Vocational Training Qualification. He then began collaborating with the Hangar Medialab.

Since then he has also been collaborating on various projects, also with IAAC and the Fab Lab Barcelona Pro team, including The machine to be another, Omnipresenz. First Vision, Smart Citizen. Angel is now part of the IAAC Academic team as Physical Computing Expert.