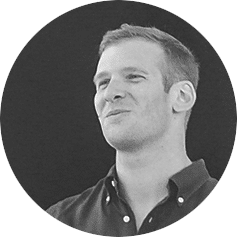 Alex Mademochoritis is a Greek-French urban technologist. He is the coordinator of the Master in City & Technology and the Global Architecture and Design programs in the Insitute for Advanced Architecture of Catalonia (IAAC). His research and academic interests include the development and application of urban technologies and big data, in relation to their potentials in transforming urban environments into responsive, human-centered, ecological and intelligent cities.

In 2014 he was the architectural assistant of the Head Architect at the archaeological site of the Acropolis of Athens and in 2015 he collaborated with the Architectural Association’s Design + Make programme for the construction of the robotically fabricated Wood Chip Barn project.

During his academic career he participated in several research projects related with information and communication technologies in the urban environments such as IAAC’s “SUPERBARRIO” a video game that is designed to allow citizens to make proposals for their city and “FabHood” a digital platform for the FabCity movement that aims to create a new information network for the circulation of materials inside a city.

He has also participated in the publication of architectural research such as “From Now to Then: Between Man-Kind and Robot-Kind” in collaboration with IAAC and The Why Factory, as well as “Cinematic Architecture: Cinematic Concepts and the Architectural Praxis” with scientific coordinator Prof. Arch. Angelos I. Psilopoulos at the Technological Educational Institute of Athens.